From the Pastors' Desks

Reflections on the Last T4G 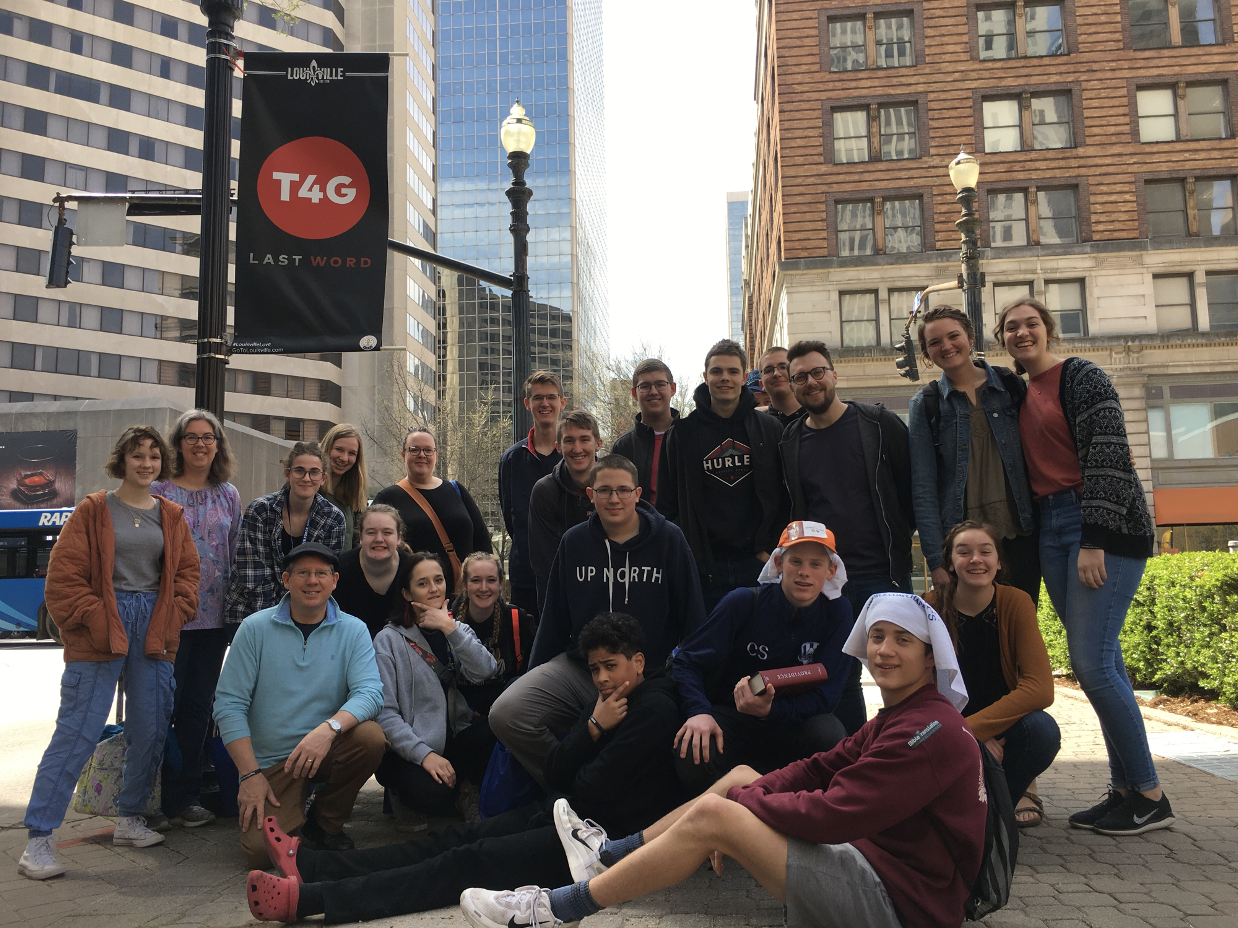 Harvest’s High School theology class and Pastors Dale, Wayne, and Adrian together with chaperones Samuelis Lukosius, Paige Vanderwey, Nikki Veurink, and Janna Wiersma spent Tuesday and Wednesday this week at the final Together 4 the Gospel conference. For those who aren’t familiar, T4G is a biannual conference that gathers like-minded, Gospel-focused pastors and their friends together for the purpose of fellowship and growth in Christ. The website says 25 denominations, all 50 states, and 62 nations are represented. This is a beautiful representation of the unity we have in Christ across different denominations.

After making a six-hour road trip down to Louisville, Kentucky, here is a sampling of the topics we heard:

Kevin DeYoung urged and reminded us to cling to the reality that we are justified by faith receiving the righteousness of Christ, not by our own works. Five hundred years after the reformation, why is this still so important? In a world awash with guilt, we haven’t escaped the need for justification; we’ve just looked for it in all the wrong places.

Unpacking 1 Peter 1:10-12, H.B. Charles called us to never forget to marvel at the beauty of our salvation through Jesus’ sufferings and subsequent glories. The prophets predicted, the angels long to look into it, but we sadly often neglect to savor and be amazed at our redemption in Jesus.

Because this was the 50th year of pastoral ministry for Sinclair Ferguson, Ligon Duncan and Alastair Begg spent 40 minutes interviewing him about some of the lessons he learned through the years.

But for me, the most memorable moment came in a talk by Greg Gilbert, the pastor of Third Avenue Baptist Church in Louisville. He explained from Philippians 2:1-10 the reality that pride and division die at the foot of the cross. The only way we grow in true humility and unity is through seeing and receiving a suffering messiah who did not hold on to the glories of heaven but emptied himself for us, for our salvation. Gilbert explained how this fact transformed the life of a young family struggling with the pain of infertility.

Two couples in his church had prayed and grieved for a long time about their inability to conceive children. At a prayer meeting, one of the husbands stood and announced in praise that his wife was expecting. Immediately, there was a collective groan and an unspoken fear that spread over the gathering, wondering what would happen to the second family who had wanted the same thing so badly. Gilbert typically assigns a prayer request to someone but saw the husband of the second couple who still didn’t have children raising his hand: “I’d like to pray for them” he said through his tears. How do you “rejoice with those who rejoice” when you don’t share the one thing you both wanted so badly? Only at the foot of the cross. In one of the most agonizing but beautiful prayers Gilbert had heard as a pastor, this husband prayed, giving thanks for the joy this first family would soon experience: holding a baby in their arms.

Gilbert concluded by reminding us that we tend to want to avoid suffering and humility on the way to glory. We want to go directly to glory. But there is no other way to heaven than through the very same means that Christ endured: agonizing suffering on a cross came first for him, then glory. If it’s true for our Master then it will be true for us as his disciples as well.

Books from T4G that Pastor Adrian is excited to read . . .

We received several free books from the conference. Here are several that I'm most excited to read.

A Quest for Godliness: The Puritan Vision of the Christian Life

I plan to read selections from this book on the relationship of doctrine to practice in pastoral ministry. It was written to honor the 50th year of the pastoral ministry of Sinclair Ferguson.

Theology for Ministry: How Doctrine Affects Pastoral Life and Practice

More in From the Pastors' Desks

The Real You Engages the Real God in the Real Hard

Buried in the Basement: George Whitefield and the Resurrection

Why Christians Feast through Judgement

Why Christians Feast through Judgement

Seeing Anxiety as a Gift from God

Joy Comes with the Morning

Living to Tell the Tale

From Grumbling to Gratitude for the the Great Commission

From Community to Culture

Reflections on the Last T4G

Prayer for an Undivided Love

Stooping Down to Serve “the Least of These”

Contentment, Confinement and the Cross

Teach Us To Want

Join us Sunday at